As the amount of information on the Web grows, that information becomes ever harder to
keep track of and use. Search engines are a big help, but they can do only part of the work, and
they are hard-pressed to keep up with daily changes.
Consider that even when you use a search engine to locate data, you still have to do the
following tasks to capture the information you need: scan the content until you find the
information, mark the information (usually by highlighting with a mouse), switch to another
application ( such as a spreadsheet, database or word processor), paste the information into that
application.

A better solution, especially for companies that are aiming to exploit a broad swath of data
about markets or competitors, lies with Web harvesting tools.
Web harvesting software automatically extracts information from the Web and picks up
where search engines leave off, doing the work the search engine can't. Extraction tools automate
the reading, copying and pasting necessary to collect information for analysis, and they have
proved useful for pulling together information on competitors, prices and financial data or all
types.
There are three ways we can extract more useful information from the Web.
The first technique, Web content harvesting, is concerned directly with the specific content
of documents or their descriptions, such as HTML files, images or e-mail messages. Since most
text documents are relatively unstructured (at least as far as machine interpretation is concerned),
one common approach is to exploit what's already known about the general structure of
documents and map this to some data model.
The other approach to Web content harvesting involves trying to improve on the content
searches that tools like search engines perform. This type of content harvesting goes beyond
keyword extraction and the production of simple statistics relating to words and phrases in
documents.
Another technique, Web structure harvesting, takes advantage of the fact that Web pages
can reveal more information than just their obvious content. Links from other sources that point
to a particular Web page indicate the popularity of that page, while links within a Web page that
point to other resources may indicate the richness or variety of topics covered in that page. This
is like analyzing bibliographical citations— paper that's often cited in bibliographies and other
paper is usually considered to be important.
The third technique, Web usage harvesting, uses data recorded by Web servers about user
interactions to help understand user behavior and evaluate the effectiveness of the Web structure.
General access—pattern tracking analyzes Web logs to understand access patterns and
trends in order to identify structural issues and resource groupings.
Customized usage tracking analyzes individual trends so that Web sites can be personalized
to specific users. Over time, based on access patterns, a site can be dynamically customized for a
user in terms of the information displayed , the depth of the site structure and the format of the
resource presented.

The token buffer preserves the relative token order regardless of the token channel numbers.

Method skip( ) in an embedded lexer rule action forces the lexer to throw
out the token and look for another.运行结果似乎是视而不见【抛弃】。

Computer hardware has four parts: the central processing unit (CPU) and memory, storage
hardware, input hardware, and output hardware.
The part of the computer that runs the program is known as the processor or central processing
unit (CPU). In a microcomputer, the CPU is on a single electronic component, the microprocessor
chip, within the system unit or system cabinet. The CPU itself has two parts: the control unit and
the arithmetic-logic unit. In a microcomputer, these are both on the microcomputer chip.
The Control Unit The control unit tells the rest of the computer system how to carry out a
program's instructions. It directs the movement of electronic signals between memory and the
arithmetic-logic unit. It also directs these control signals between the CPU and input and output
devices.
The Arithmetic-Logic Unit The arithmetic-logic unit, usually called the ALU, performs
two types of operations—arithmetic and logical. Arithmetic operations are, as you might expect,
the fundamental math operations: addition, subtraction, multiplication, and division. Logical
operations consist of comparisons. That is , two pieces of data are compared to see whether one is
equal to, less than, or greater than the other.
Memory Memory is also known as primary storage, internal storage, it temporarily holds
data, program instructions, and information. One of the most important facts to know about
memory is that part of its content is held only temporarily. In other words, it is stored only as
long as the computer is turned on. When you turn the machine off, the content immediately
vanish. The stored contents in memory are volatile and can vanish very quickly.
Storage Hardware [1]The purpose of storage hardware is to provide a means of storing
computer instructions and data in a form that is relatively permanent, that is, the data is not lost
when the power is turned off—and easy to retrieve when needed for processing.There are four
kinds of storage hardware: floppy disks, hard disks,optical disk,andmagnetic tape.
Floppy Disks Floppy disks are also called diskettes, flexible disks, floppies, or simply

disks. The plastic disk inside the diskette cover is flexible, not rigid. They are flat, circular pieces
of mylar plastic that rotate within a jacket. Data and programs are stored as electromagnetic
charges on a metal oxide film coating the mylar plastic.
Hard Disks Hard disks consist of metallic rather than plastic platters. They are tightly
sealed to prevent any foreign matter from getting inside. Hard disks are extremely sensitive
instruments. The read-write head rides on a cushion of air about 0.000001 inch thick. It is so thin
that a smoke particle, fingerprint, dust, or human hair could cause what is known as a head crash.
A head crash happens when the surface of the read-write head or particles on its surface contact
the magnetic disk surface. A head crash is a disaster for a hard disk. It means that some or all of
the data on the disk is destroyed. Hard disks are assembled under sterile conditions and sealed
from impurities within their permanent containers.
Optical Disks Optical disks are used for storing great quantities of data. An optical disk can
hold 650 megabytes of data—the equivalent of hundreds of floppy disks. Moreover, an optical disk
makes an immense amount of information available on a microcomputer. In optical-disk technology,
a laser beamalters the surface of a plastic or metallic disk to represent data. To read the data, a laser
scans these areas and sends the data to a computer chip for conversion.
Magnetic Tape Magnetic tape is an effective way of making a backup, or duplicate, copy of
your programs and data. We mentioned the alarming consequences that can happen if a hard disk
suffers a head crash. You will lose some or all of your data or programs. Of course, you can always
make copies of your hard-disk files on floppy disks. However, this can be time-consuming and may
require many floppy disks. Magnetic tape is sequential access storage and can solve the problem
mentioned above.
Input Hardware Input devices take data and programs people can read or understand and
convert them to a form the computer can process. This is the machine-readable electronic signals
of 0s and 1s. Input hardware is of two kinds: keyboard entry and direct entry.
Keyboard Entry Data is input to the computer through a keyboard that looks like a
typewriter keyboard but has additional keys. In this method, the user typically reads from an
original document called the source document. The user enters that document by typing on the
keyboard.
Direct Entry :Data is made into machine-readable form as it is entered into the computer,
no keyboard is used. Direct entry devices may be categorized into three areas: pointing devices
(for example, mouse, touch screen, light pen, digitizer are all pointing devices), scanning devices
(for example, image scanner, fax machine, bar-code reader are all scanning devices), and
voice-input devices.
Output Hardware Output devices convert machine-readable information into people-readable
form. Common output devices are monitors, printers, plotters, and voice output.
Monitors Monitors are also called display screen or video display terminals. Most monitors that
sit on desks are built in the same way as television sets, these are called cathode-ray tubes. Another type
of monitor is flat-panel display, including liquid-crystal display (LCD), electroluminescent (EL) display

and gas-plasma display. An LCD does not emit light of its own. Rather, it consists of crystal molecules.
[2]An electric field causes the molecules to line up in a way that alters their optical properties.
Unfortunately, many LCDs are difficult to read in sunlight or other strong light. A gas-plasma display is
the best type of flat screen. Like a neon light bulb, the plasma display uses a gas that emits light in the
presence of an electric current.
Printers There are four popular kinds of printers: dot-matrix, laser, ink-jet, and thermal.
Dot-Matrix Printer Dot-matrix printers can produce a page of text in less than 10 seconds
and are highly reliable. They form characters or images using a series of small pins on a print
head. The pins strike an inked ribbon and create an image on paper. Printers are available with
print heads of 9, 18, or 24 pins. One disadvantage of this type of printer is noise.
Laser Printer The laser printer creates dotlike images on a drum, using a laser beam light
source. [3]The characters are treated with a magnetically charged inklike toner and then are
transferred from drum to paper. A heat process is used to make the characters adhere. The laser
printer produces images with excellent letter and graphics quality.
Ink-Jet Printer An ink-jet printer sprays small droplets of ink at high speed onto the
surface of the paper. This process not only produces a letter-quality image but also permits
printing to be done in a variety of colors.
Thermal Printer A thermal printer uses heat elements to produce images on heat-sensitive
paper. Color thermal printers are not as popular because of their cost and the requirement of
specifically treated paper. They are a more special use printer that produces near photographic
output. They are widely used in professional art and design work where very high quality color is
essential.
Plotters Plotters are special-purpose output devices for producing bar charts, maps, architectural
drawings, and even three-dimensional illustrations. Plotters can produce high-quality multicolor
documents and also documents that are larger in size than most printers can handle. There are four types
of plotters: pen, ink-jet, electrostatic, and direct imaging.
Voice-Output Devices Voice-output devices make sounds that resemble human speech but
actually are pre-recorded vocalized sounds. Voice output is used as a reinforcement tool for
learning, such as to help students study a foreign language. It is used in many supermarkets at the
checkout counter to confirm purchases. Of course, one of the most powerful capabilities is to
assist the physically challenged. 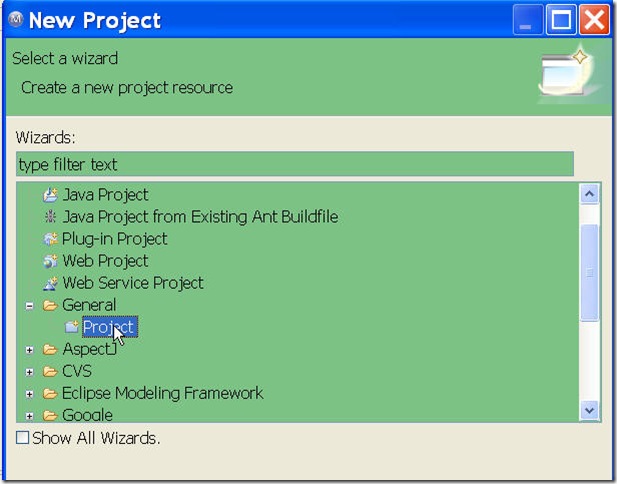 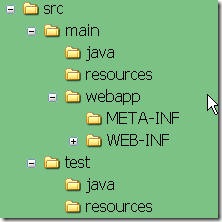 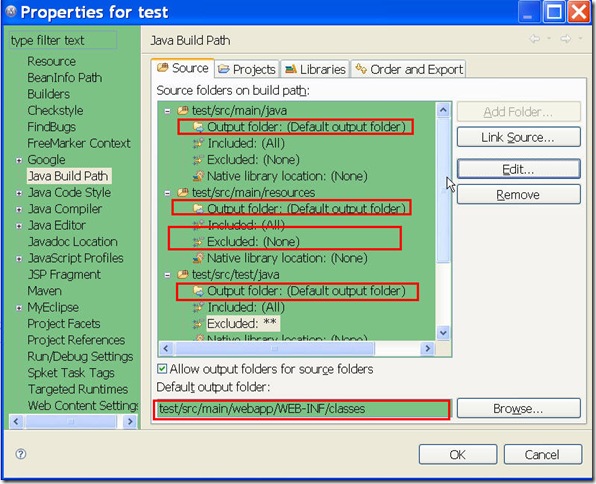 In a multicore world, the real cost of excessive synchronization is not the CPU time spent obtaining locks; it is the lost opportunities for parallelism and the delays imposed by the need to ensure that every core has a consistent view of memory

Item 72: Don’t depend on the thread scheduler

Static doesn't quite mean "shared by all instances" - it means "not related to a particular instance at all". In other words, you could get at the static field in class A without ever creating any instances.

As for an alternative - there are various options. One is to pass the reference to the "shared" object to the constructor of each object you create which needs it. It will then need to store that reference for later. This can be a bit of a pain and suck up a bit more memory than a static approach, but it does make for easy testability.