To avoid making more confusion, let me tell you the simple truth at first: VanillaJS === Pure javascript without ANY framework.

The http://vanilla-js.com/ is just a joking site.

It is not surprise to try to understand what Vanilla JS are, because I have seen it more than once in a single e-Press outline that mentioned the VanillaJS like:

RE:DOM: A Tiny (2KB) JS Library for Creating User Interfaces — Adds helpers to create DOM elements and keep them in sync with data, all without a virtual DOM and sticking to vanilla JavaScript. - Juha Lindstedt

Then I try google, found the site http://vanilla-js.com/, it even provide a download link which always response a 0 bytes js file source.

Then I found this answer in stackoverflow.

Why not use “pure javascript” directly? I am not a native English speaker, I don’t know! 😄

Computer software, and sometimes also other computing-related systems like computer hardware or algorithms, are called vanilla when not customized from their original form, meaning that they are used without any customization or updates applied to them (Refer this article). So Vanilla often refers to pure or plain.

In the English language Vanilla has a similar meaning, In information technology, vanilla (pronounced vah-NIHL-uh ) is an adjective meaning plain or basic. Or having no special or extra features, ordinary or standard.

The more funny thing is a stackoverflow anwser. 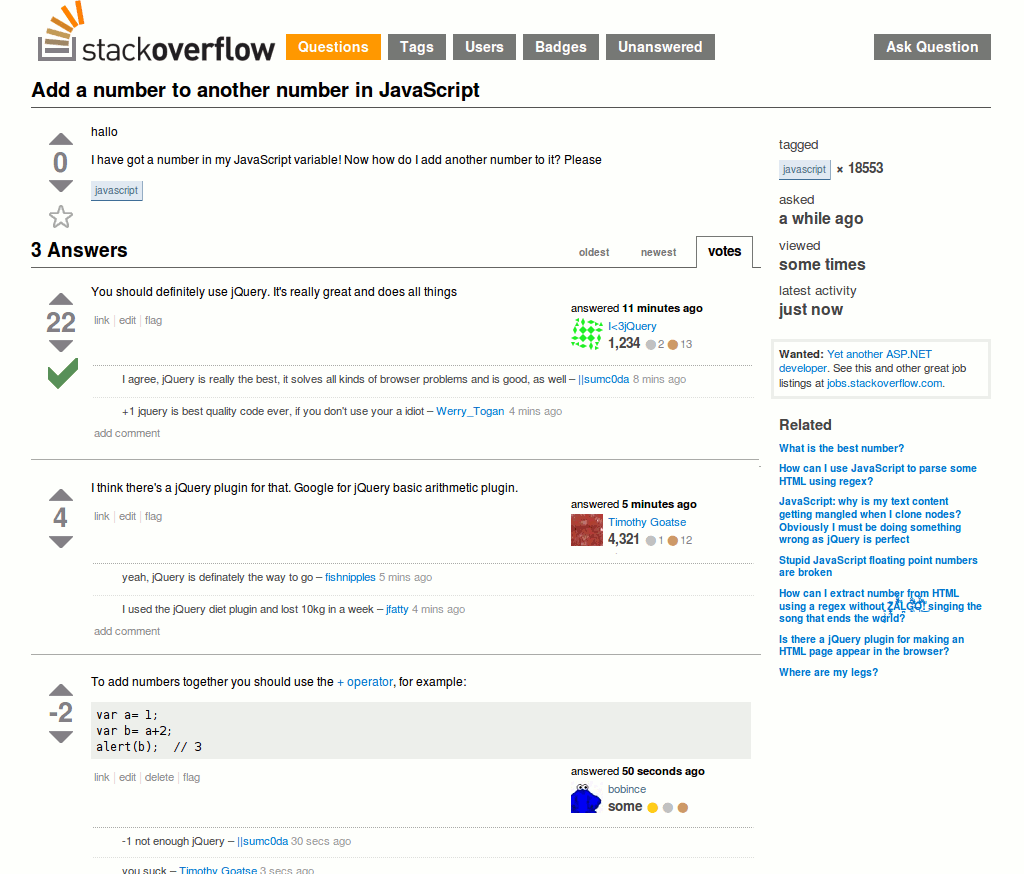